Bellevue High’s football squad completed an undefeated season by winning the 3A state championship with a 17-13 triumph over Kennewick High on Dec. 4 at Sparks Stadium in Puyallup. 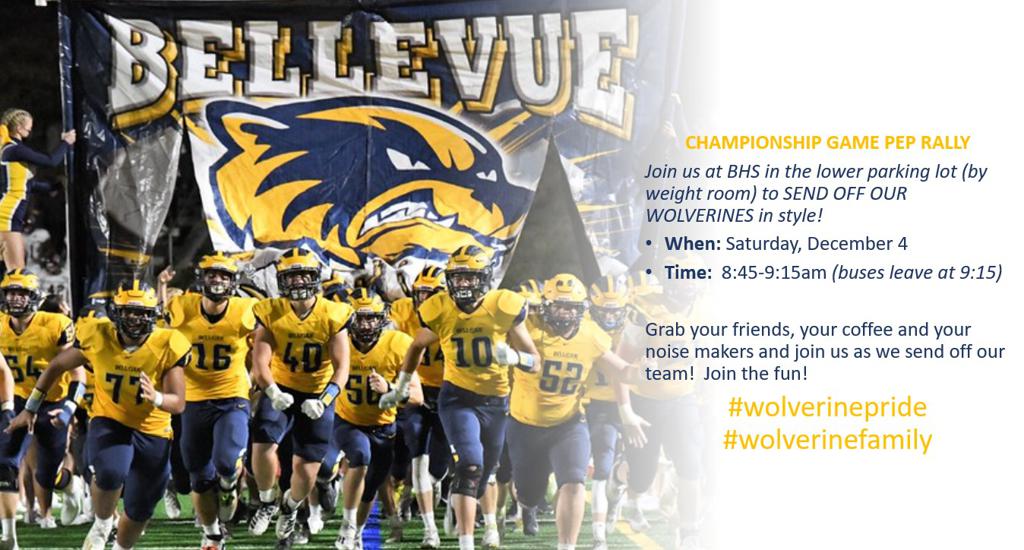 Bellevue High’s football squad completed an undefeated season by winning the 3A state championship with a 17-13 triumph over Kennewick High on Dec. 4 at Sparks Stadium in Puyallup.

Back on top: Bellevue beats Kennewick to win 3A state title behind William Wang’s 243 yards

Senior running back William Wang rushed for 243 yards and two touchdowns to lead Bellevue to a 3A state championship win over Kennewick on Saturday afternoon at Sparks Stadium. Wang’s 64-yard burst up the middle with four minutes left gave the top-seeded Wolverines (14-0) the winning margin. The win marks a return to the top for a former state juggernaut that won eight state championships from 2001 to 2011.

Top-ranked Bellevue defeated Marysville Pilchuck, 27-3, in the 3A state football semifinals on Nov. 27 at Memorial Stadium in Seattle. Next stop for the Wolverines (13-0) is the state championship game — the Gridiron Classic — versus Kennewick at noon on Dec. 4 at Sparks Stadium in Puyallup. The Bellevue High School football team is one victory away from the ultimate return to glory. It was a reminder of the Wolverines’ glorious past that got them fired up this week thanks to comments from Marysville-Pilchuck star running back Dylan Carson that fueled them for Saturday’s matchup. Senior William Wang piled up 182 yards rushing and three touchdowns on 32 carries, and the Bellevue defense was tough as the top-seeded Wolverines laid a 27-3 licking on No. 5 Marysville-Pilchuck on Saturday in the early game of the Class 3A semifinal doubleheader at Memorial Stadium.

Photos: William Wang powers No. 1 Bellevue past No. 9 Rainier Beach into WIAA 3A state semifinals

Photos: William Wang powers No. 1 Bellevue past No. 9 Rainier Beach into WIAA 3A state semifinals

William Wang’s career night lifts No. 1 Bellevue back into 3A state semifinals: 4 observations

William Wang’s career night lifts No. 1 Bellevue back into 3A state semifinals: 4 observations Led by senior running back William Wang as the wrecking ball of destruction in Bellevue’s vaunted Wing-T rushing attack, the Wolverines dogged Rainier Beach all night on the ground in a 56-22 triumph on Friday night in Class 3A state quarterfinals at Bellevue High School

Top-ranked 3A Wolverines get all they want for three-plus quarters, but Wing-T (342 rushing yards) generates big fourth-quarter scoring plays to pull away. Top-ranked Bellevue keeps rolling toward a 3A/2A KingCo championship after win over Liberty, 53-7

Bellevue rumbles past Mercer Island on the gridiron

91 combined points on a night when the wind was whipping? That's some impressive offense. 56 of those points came from Bellevue, the Wolverines racing to a 28-13 halftime lead on their way to a 56-35 win over Lincoln (Tacoma).

If this was a 3A playoff precursor, fourth-ranked Bellevue looks ready for a championship run with convincing road win over Peninsula: 3 observations Use the link to sign up to provide 2 dozen donuts for Saturday morning Film sessions during the season. Michael Kneip coaches his alma mater and is bent on restoring its football greatness. 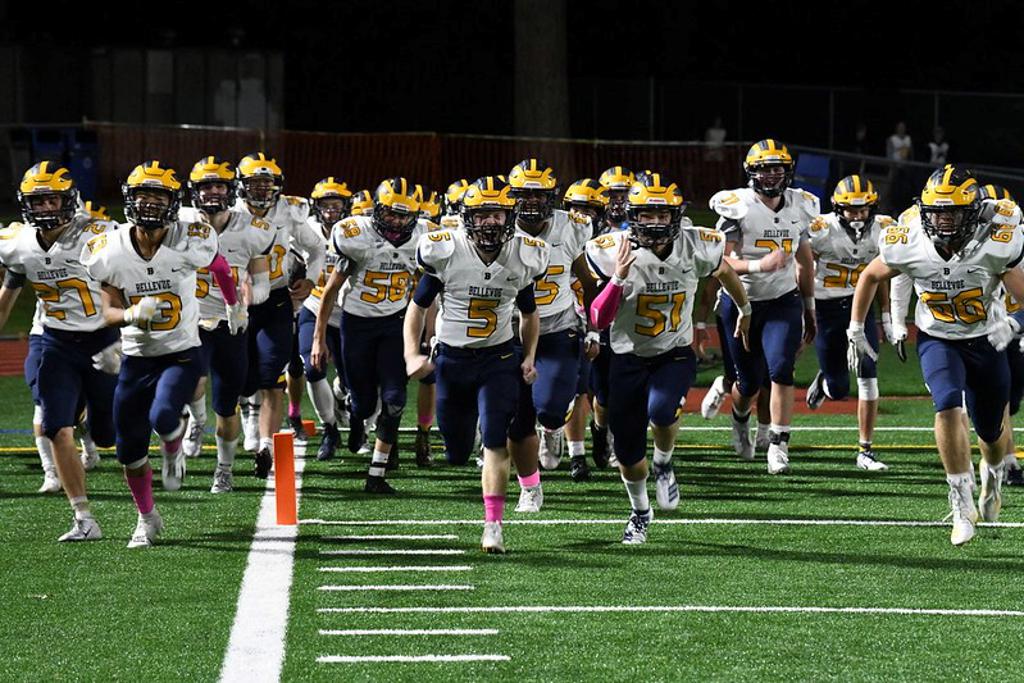